The Bahrain and Saudi Arabian Grands Prix became huge spectacles as the drivers were good at overtaking. With new cars, it seems much easier to stay close to the car in front. Do we still need the DRS folding wing?

Polls of Formula 1 fans have shown that not all tricks that artificially create action are welcomed. When it comes to change requests, DRS removal regularly tops the list. Many spectators find it unfair that a rider gains the top speed advantage through less drag and the opponent cannot defend himself at all.

In the US IndyCar Series, you take a different path. The cars here have a so-called “push-to-pass” system on board. Additional power is released by pressing a button on the steering wheel, which can be used for both attack and defense. The additional power is available to all pilots for the same duration.

F1 sporting director Ross Brawn said before the season that abolishing DRS was one of the premier class’s long-term goals. The new cars are a first step in this direction. They produce less air turbulence behind the rear, making it easier for pursuers to follow. In the past you lost a lot of downforce in “dirty air”. The drivers lost grip in the corners, especially on the front axle, and damaged their tyres.

Thanks to the folding wings, Leclerc and Verstappen crossed paths several times in Jeddah.

The concept of the new car takes off

The first two races in Bahrain and Saudi Arabia showed that the concept seems to be working: “The balance when driving behind is much more predictable. You can now stay closer in the corners”, reports Carlos Sainz. The statisticians counted significantly more overtaking maneuvers than during the same Grand Prix last year.

The duels between Max Verstappen and Charles Leclerc particularly upset the fans. However, in Bahrain as in Jeddah, the DRS helped a lot with head changes several times. We would have liked to see how the duels would have ended without the overtaking aid and if we could not already do without the folding wing completely.

Leclerc has a clear opinion on this: “The DRS must stay, otherwise the races would be very boring. Of course, it’s positive for us drivers and for the sport that the cars can now follow each other better, but that’s not enough. we can do without DRS altogether. He will always be part of Formula 1.” 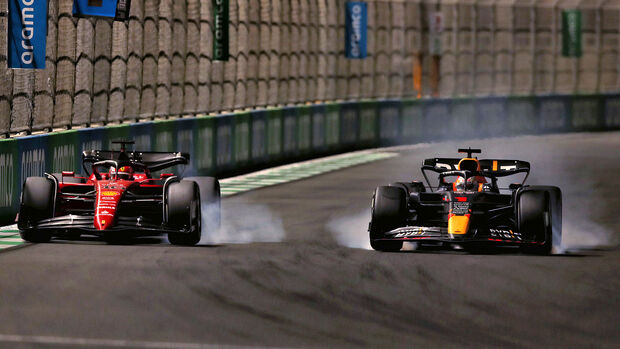 A game of cat and mouse ensues on the DRS line. Is it still Formula 1?

Acid test in Melbourne and Imola

Bahrain and Jeddah were two circuits with long straights where overtaking maneuvers were not uncommon, even in the past. Now, with Melbourne and Imola, there are two courses on the program where it will be much more difficult to attack. Without the DRS, these races would probably degenerate into a procession.

However, the acceptance of the folding wing by pilots has increased, which is mainly due to the fact that pilots can counter more easily with the new cars. “I overtook Esteban Ocon on the penultimate lap with the DRS,” reports Lando Norris. “In the past, I would have shaken him off quickly in my turbulence. But with the new cars, he was able to follow me and pass me on the last lap.”

The ability to counter-attack makes overtaking a bit fairer. Leclerc even sees an interest in using the folding wing strategically. Drivers now have to drive smarter: “I really like it. Each pilot must find a strategy to attack and defend. 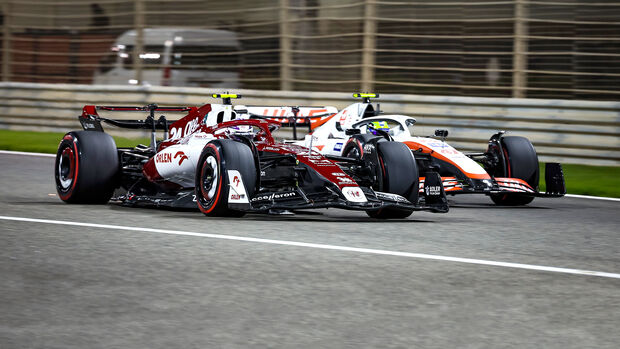 Drivers and teams agree: the DRS must stay. But it shouldn’t be too easy to overtake even with folding wings.

However, Sainz complains that the folding wing worked too well in Jeddah. “I also think we still need DRS. New cars don’t give as much wake. That’s why we can’t do it without help. But we have to make sure that the advantage of DRS is not too big and overtaking becomes too easy.” At this point, you need to protect the FIA. There are no empirical values ​​with new cars. Only with more data can the lengths of the DRS zones be better adjusted.

Red Bull team boss Christian Horner also suggested moving the DRS measuring point for the distance between two cars. Because the line in Jeddah was before the final corner, there was a game of cat and mouse between Leclerc and Verstappen that had little to do with traditional racing. “You’ve seen the drivers brake in front of the line and then accelerate again to the corner. So you should look at where the DRS measuring point is for the next few years. You should absolutely avoid such situations,” as Horner .

Mercedes colleague Toto Wolff did not want to fully agree with this opinion: “I have to say that I liked it. The cars delivered what was hoped for. Of course the DRS is a great benefit, but it also puts on a good show. I found it very entertaining as a viewer.”