Alfa Romeo is building its own gearbox and rear suspension again this year, because it’s cheaper. Budget cap rules give big teams a chance to slow down their clients.

This is the era of alliances. Many small teams have changed tack over the last ten years and also stocked up on other components from their engine suppliers: transmission, suspension, hydraulics, steering. Haas orders the complete program from Ferrari. This has long cost client teams less. Haas and Alfa Romeo went shopping at Ferrari, Aston Martin and Williams at Mercedes, Alpha Tauri at Red Bull.

Technology transfer has allowed smaller teams to focus primarily on areas that yield lap times like aerodynamics. With the small inconvenience that taking over the entire rear area technically restricted the engineers. They had to take what was offered. Sauber managed to get out of this slavery this year. In Hinwil, the gearbox housing and the rear axle are again produced in-house.

This gives the Swiss racing team technical freedom. It was the only way the designers could switch from pull rod to push rod in the rear and implement their preferred setup concept. Many claim that this new flexibility is also the secret to why the Sauber C42 is at the weight limit and other cars are not.

But technical self-determination is not even the main reason for the new approach, explains technical director Jan Monchaux. “It mainly has to do with the budget cap. Read the financial rules. The big manufacturers have made sure that you get a sum deducted as soon as you buy something from them. A cost cap penalty, so to speak. “

By reducing the budget cap from the original $175 million to $145 million in year one and $140 million in year two, factory teams insisted that customers be deducted from that total the costs of nominal development of purchased components. On the grounds that Ferrari, Mercedes and Red Bull first had to hire people to develop transmissions, chassis or hydraulics. 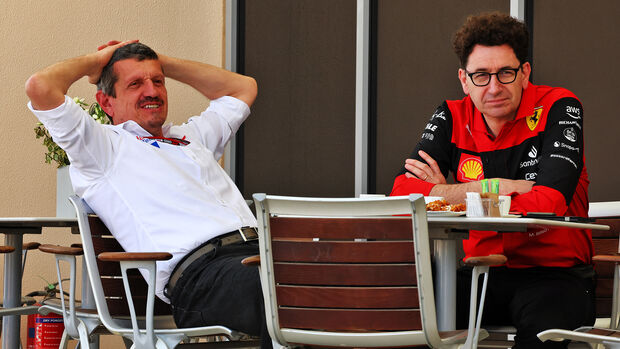 Haas and Alfa Romeo have to buy from Ferrari, but have less leeway with the budget cap.

The FIA ​​asked manufacturers to inform them of development costs and used this to calculate an average value, which they deducted from the cost limit for customer teams. Because they would have saved those development costs. Haas, for example, doesn’t have $140 million to play this season, only $117 million.

Jan Monchaux understands this rule only up to a certain point. “The problem is the sum that the FIA ​​has agreed with the teams. It is very high. So the nominal development costs. You could almost think that all the teams develop exclusively in Switzerland. But it there is no correction for in the budget cap on the cost of living.”

Salaries are 30% higher in Switzerland compared to a team of the same size in Italy or England. “So we have 30% less for the development of the car”, calculates Monchaux.

“With the nominal development cost penalty, it was clear to us that the only way for us to design the drivetrain and rear axle ourselves is because we no longer have that penalty. doesn’t matter as much as the FIA ​​and the big teams claim.” Conclusion: Big teams have made a conscious effort to set the highest possible sum to make smaller teams worse off. 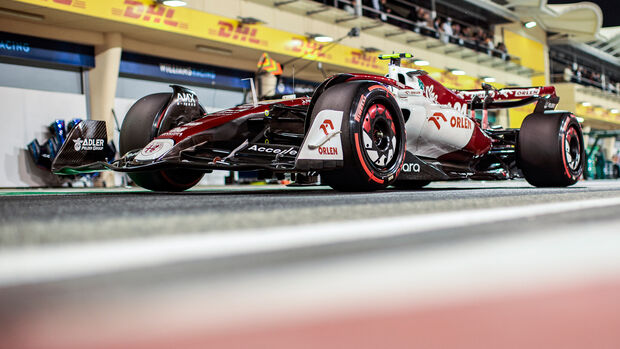 Even with the high wages in Switzerland, it’s worth it for Alfa Romeo to build some parts yourself and not buy them.

In the case of the transmission and the rear axle, around ten million US dollars are estimated according to the FIA ​​shopping list. If Hinwil were shopping at Maranello, instead of 140 million, the team would only have 130 million. “It’s too much for us. Guess: you can do it for a little over a third if you do it yourself. Even in Switzerland. That’s why it’s a big saving for us,” says Monchaux .

Despite the disadvantage for smaller teams of not being able to build all the components themselves, larger ones are already calling for an increase in the cost cap. High inflation rates are currently at stake. Monchaux advises to stick to the rules of the game as written in the FIA ​​financial regulations. “I think there is a correction factor for inflation. It’s based on the G7 inflation rate.”

The last time the inflation rate was adjusted, there were a few G7 countries that had very little inflation. For example Japan. “Despite a large increase in Europe, England, France, Germany and Co., the average was not sufficient to justify an increase in the budget ceiling.” Small teams take it easy. For adults, this heralds another round of savings.